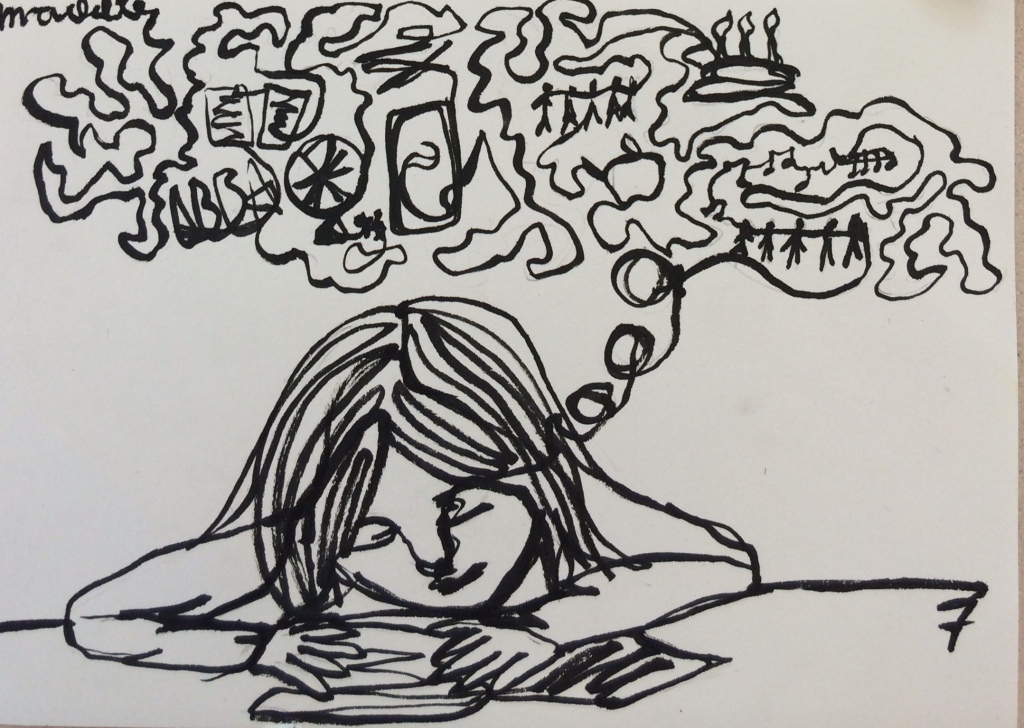 We often talk about influence as a commodity – something to be “peddled.” People make careers out of influencing others (e.g. lobbyists), yet the concept of “influence” can also have an unsavory undertone. Influence as a contagion, something difficult to contain once let out into the open; an idea or mentality (or substance) that sullies something pure.

What if we took more time to think and talk about influence as a spirit of connection, a frame of mind – one that encourages us to both share ideas with others (and perhaps see them take root) and open ourselves up to what other people think and believe (and to feel those ideas take root in us)?

Press play and take 90 seconds to let the water take you where it may.

#SlowchatED for the week of December 15-21 will be a chance to talk about what influence is, how we experience it, and how we can (in the realm of education at the very least) help our students learn its art. How to see it as a vital component of communication, learning, and navigating the world.  Just as the word originates in the Latin verb fluere (to flow), we will discuss how influence can be a mutually empowering process – not just a one way interaction (water flowing in one direction).

How can we make schools places where we allow students to influence us, each other, the community around them?  How do we build physical and cultural spaces to influence their engagement (not assume it) and invite their flow?

The water cycle is a perfect metaphor in fact, as water moves in all directions as it assumes different states – evaporating to join a cloud, precipitating as snow to form part of a glacier, breaking off into the sea…Some changes come rapidly, sometimes water stays in the same form for thousands of years. Influence doesn’t move at a set pace; many good ideas take years to find their way into the status quo.

I’m quite pleased to be hosting the chat this week. “Papa” Theriault celebrated his birthday this past weekend, so hopefully he is happy to see the flow of his ideas – in this case, a Twitter chat over the course of a week – continue to cascade downhill with gathering force.

Q1: Broad brush strokes 2 begin; What are the QUALITIES of the people/ideas that influence us? WHY are we drawn to them? #slowchatED #edchat

A1: I'm drawn toward people who blend charisma w/ listening, and who continue listening after the stage lights are turned off. #slowchated

Q2: Influence is the art of CROSSOVER; share the ideas, writings, experiences, artworks etc that CHANGED you (from in/out of Ed) #slowchatED

Oh sure, pin me down!! Ok, @ecsaibel. I'll give you this: @jseelybrown and Dough Thomas: http://t.co/RvbmpXRUMK #slowchatED

A2 “Good Ideas” and “Future Perfect” by @stevenbjohnson have shaped my thinking on how ideas spread through networks. #slowchated

A2: Ross Greene's philosophy, "Kids to well if they can." https://t.co/NNWxmAzwEG #slowchated

A2 Have been very much influenced by opportunties to travel around this contient, all over Europe, to the Middle East & Africa #slowchated

A2: Joining the education community on Twitter helped me have the courage to try new things in my classroom#SlowchatED

A2:1st Art influence anything By Dali. Couldn't stop staring at this as a teen #slowchatED http://t.co/SVUqaHXwas pic.twitter.com/cJmp9sF9o9

A2) Many of my influences are surly old men: Vonnegut, Hunter S. Thompson, Twain. They had a bone to pick w/status quo. I do too #slowchated

Q3: Describe a time someone changed your mind about something BIG on a personal &/or professional level. Why did you "let" them? #slowchated

A3: I was once a hard core "Turn it in on time or no credit" guy. @DaretoChem changed me on this. Challenged my thinking. #slowchated

A3 @kenoc7 book on broken grading stopped me in my tracks. Read it, reread it. I was ready and it appeared #slowchated

A3 Not sure I could or would allow any one person to sway me on something big. For conviction I need multiple perspectives –#slowchated

A3: Early in my career, an inspiring principal convinced me it was OK to be myself & be honest w/ Ss No "teacher act" necessary. #slowchatED

A3: Teaching middle school, I asked colleague, "How can I get Ss to sit down?" Response, "Why do you want them to?" #slowchated

A3) Often the people I let influence me the most are perfect strangers, people who possess the rare gift of utter objectivity. #SlowChatED

@ecsaibel Somewhere in time we embraced assembly lines, economy of knowledge, belief that learning is delivered, fear of youth #slowchated

Q4: Where do WE exert influence in work/life? Does exerting this influence suppose a certain degree of risk? Is it risky NOT to? #slowchatED

A4: I really try to influence my Ts willingness to take risks. Stray from curricula, let Ss lead you places. #slowchated

A4 Honestly, I no longer know where I exert influence in the big picture. #slowchated

@mosspike In the past, learned that a culture that promotes/rewards group-think, favoritism, sycophancy is not ideal for risk. #slowchated

@MrLeBrun @BarbLarochelle That’s the rub: the cultures that are most in need of change are too often the ones most against it. #slowchated

A4 Also very hard to exert influence where "This is how we do it because this is how we have always done it." #slowchated

A4: Our great "influence" can be the simple act of questioning status quo practices/ideas. This can be risky & invite hostility. #slowchatED

A4) In a world where more people worry about where to place blame than how to move forward, inspiring others is always a risk. #SlowChatED

A4: We tell our Ss that risk/failure are part of learning; Ts and edu system that ignore this part of humanity are poor models #slowchated

A4.1: More Q than A, but in my experience, asked to recall their favorite Ts, people tend to remember interpersonal intangibles. #slowchated

A4.2: They remember "she cared about me." They recall personality & relationship & rapport, more than more tangible variables. #slowchated

Q5: What are we doing 2 guide/coach our STUDENTS to be influential & spread THEIR good ideas? Do we allow them to influence US? #slowchatED

A5: "We just need to listen to our Ss & shift." @mwniehoff answers Q5 back in March! Voice = engagement. http://t.co/SGTO1Ky81v #slowchatED

A5: I have my Ss writing a book review blog. We'll start genius hour after break. They love sharing their thoughts.#slowchatED

A5: MT @DocbobLA: "We must find and use our voice as Ts & support our Ss to do the same." Admin too! pic.twitter.com/p5k4csIZ5Y #slowchatED

A5: Publishing. The R of SAMR. Being our Ss' editors and agents. Getting S writing beyond our walls and clipboards and Drives. #slowchated

A5:Create space for them beyond required curriculum.Let them get their feet in the "front" of the room. #slowchatED pic.twitter.com/ECz5AKcU5G

Q6: What are negative influences that we find ourselves struggling against? How would we define an influence as "bad?" @APannie7 #slowchatED

A6: Leaders who fear what tools might do crushes innovation. #slowchated

A6.1: Workflow improvement can consume our self-PD, at the expense of a focus on improving student learning. #slowchated

@MrLeBrun +1. Attitudes that ASSUME worst possible outcome as a reason to never try anything new. T's to St's, Admin to T's. #slowchatED

A6: Any paradigm by which information/ideas don't flow freely. Secrecy as means 2 an end from ANY part of org is a quiet killer. #slowchated

Q7: What QUESTION will drive you in 2015 in the realm of influence? What is your challenge to self & those in your organization? #slowchatED

@ecsaibel I'm hoping that we can answer "How can our school build relationships together by learning from the work of others?" #slowchated

A7: I'll go with the Couros questions my principal challenged our Ts to consider over the winter break: http://t.co/jNPGwklZrV #slowchated

One thought on “The Patient Art (and Flow) of Influence: #SlowchatED Dec 15-21”