What forces contributed to create this particular vista? To your own perception and understanding of it all?

When is the last time your life erupted? Your perception of the world? Your school?

Eruption is often associated with violent destruction (They erupted in anger). Vesuvius erupting wasn’t a good outcome for the citizens of Pompeii. Something hidden has welled up beneath the surface (of a mountain, a person, a society) and the act of releasing it is powerfully cataclysmic – something that can cause permanent change to the landscape (permanent, at least, in our somewhat limited scope of time).

Eruption, seen from a purely geologic viewpoint, is a force that adds material to the earth’s surface (above water or below). The dusty pumice at Haleakala’s ten thousand foot summit got there after many thousands of years of inexorable pushing from beneath. Eruptions create landscapes that people subsequently populate and cultivate, walk upon and dream about; they are a canvas for human experience and expression.

(I was going to say “patient” instead of inexorable – however the Earth is not “patient.” It just is what it is and the forces set in motion that clumped particulate matter into our habitable dirt clod in space do not function under any timeline or deadline. We define patient, I think, as a lens of comparison between our behaviors and natural processes.)

New things are often made under duress. Plates shifting and subducting give us mountains. Childbirth. Social change is often called upheaval – another geologic term. Interestingly, the Hawaiian chain is comprised of shield volcanoes, which build up due to “the steady accumulation of broad sheets of lava” (Wikipedia). These “effusive eruptions,” if looked at in real time, don’t meet the “violent” standard we often associate with volcanoes; Haleakala’s summit inched upwards as a million-year trickle.

What would it be like to see the first molten nub nose up through the surface of a vast expanse of ocean?

Moving into a position of leadership puts a person under duress – subterranean forces pushing against each other, forming fissures, ruptures (yet the surface not necessarily showing identifiable signs of change). What do people think about me? How will this decision make others perceive me? Why does this place focus so much energy on this one particular issue?

Attentive, mindful leaders do not walk on eggshells, fearing the next cultural tempest in school and community. If anything, long periods of silence are a greater cause for concern. Leaders new to a school only have one opportunity to begin; the first moments they spend with their new colleagues, the first things they say (or don’t say) can carve deep impressions into people’s perception of them. This is not fair – however it is the inexorable pressure exerted by a group of people toward the person they identify as their Leader.

Assuming the stance (studious, yet adventurous) of a volcanologist, geologist and anthropologist, new leaders can perch on the hot edge of this seismic pressure with a few different approaches:

I. Harness the deep energy of Complaint

“Beneath the surface torrent of our complaining lies a hidden river of our caring, that which we most prize or to that which we are most committed.” – How We Talk Can Change the Way We Work, Kegan and Lahey.

Rather than see complaint as combat, understand it as an invitation to communicate more deeply and honestly. Your concern may not be mine – but I can learn something from it. In addressing it together we can accomplish something mutually empowering (and good for kids). One fundamental role of a leader is to model productive conflict – seeing beneath the “surface torrent” (even when it looks and sounds unprofessional) to find a well of energy and passion.

A sensitive leader can also help someone exit their particular eddy of frustration; the person complaining may not know how to address their concern productively. They come to the leader not looking to attack her, but rather to seek out her guidance. We can use these moments as invitations for more frequent and honest dialogue – and, in some cases, coaching.

What channels and methods have you created, communicated and offered to help people express their complaints?

II. Nurture the growth unique to your environment

The Haleakala Silversword only grows on the upper reaches of that volcano. It can live 50 years. In those 50 years, it blooms once, producing many thousands of spores. A unique solution for a landscape unlike any other. 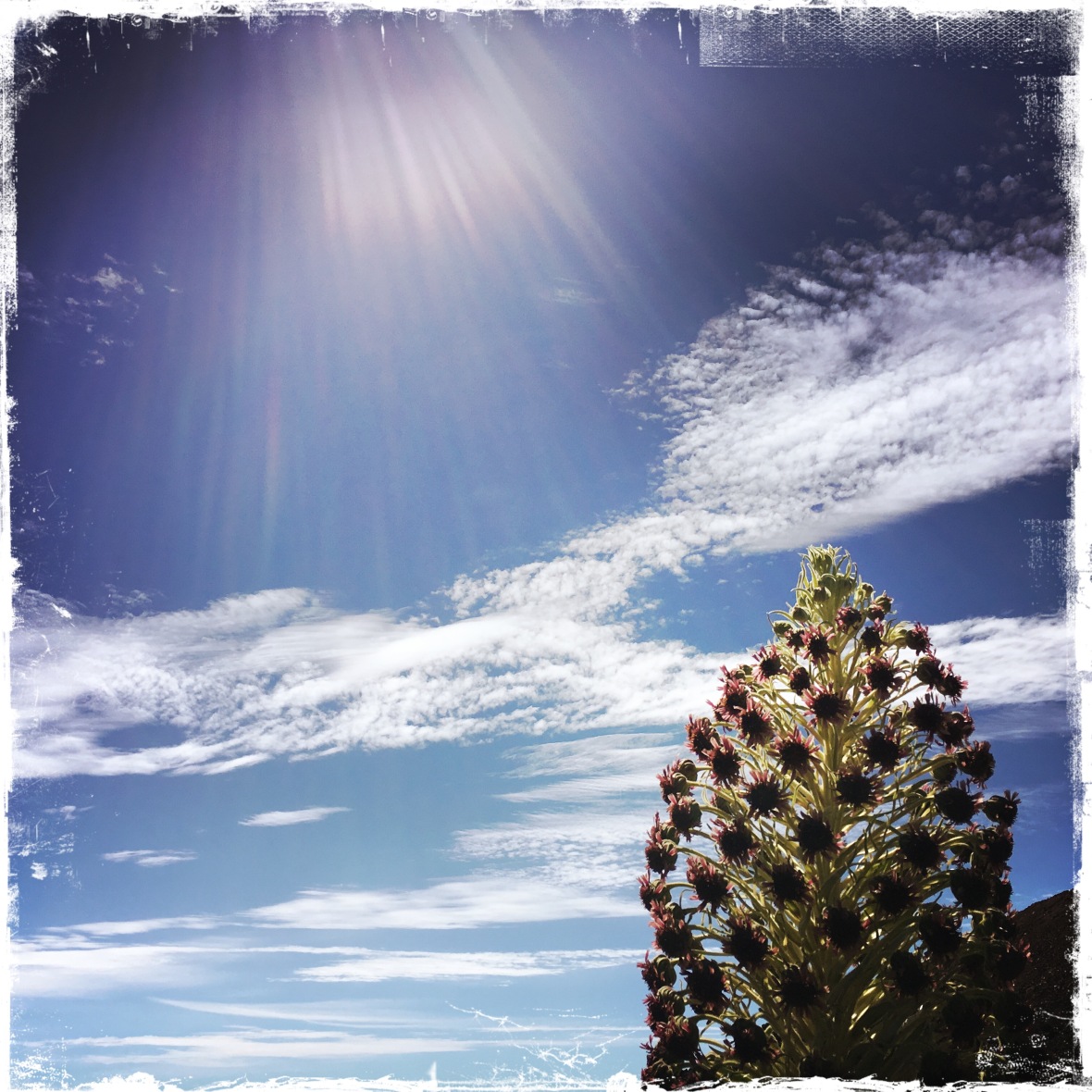 50 years is a gust of wind on this precipice: “The House of the Sun.”

Your school is like this: on the surface, similar to many places – yet adding together all the factors that contributed to its growth and development from its first moment of existence, it is completely and utterly singular. Yet often leaders are called on to address the challenge of the moment, and don’t create the necessary time for the school community to reflect on its unique character.

What products and media have you helped to facilitate and create that show your school’s Silversword?

III. Not all forces/ideas are visible (or audible)

Leaders must also be observant of those that remain quiet – people who don’t feel comfortable raising their voice in a meeting or airing their ideas and concerns in other forums (from staff room to parking lot). They, too, have ideas (and complaints) to share – but they will often need patient prompting. We need to help them find the words and the contexts in which they can offer their gift to the broader organization.

Shh!
Commitment to listen
Focus on the other
Pause to make sure you're opening up@jimknight99 #betterconversations pic.twitter.com/nUIchfP2a1

What are your approaches to meeting environments where only a few people speak?

What happens when a school welcomes a new leader to its particular patch of earth? The leader will receive their share of congratulations, and often people will feel a sense of renewal and possibility. Despite the positive feelings, the landscape is still the product of countless years and myriad forces. The school leader is a volcanologist and listens and feels for the underground ripples – and works to bring them to the surface.

Rather than worry about other’s perceptions, and the possibility of anger/eruption/upheaval, we can choose (with patient, inexorable practice) to see these as natural forces to observe, harness and connect with other like forces. The mature, confident leader understands that some people will not like them; they will also see that rushing around to extinguish every fire is sure to diminish the creative potential in the organizations they lead.

What are the ways – and frequency – that your school community celebrates itself?

We walk about mostly unconscious and/or unaware of what the plot of earth beneath us went through to get there – to be in that state, ready to receive our footfall. Our lack of awareness isn’t from a lack of caring necessarily; we are simply moving from point A to B and are absorbed in our own thoughts and ideas. Leaders must be still and observant; they must also dance along a lava field.

To move an organization in a productive direction (with doses of trust, empathy, collegiality, FUN) they must ultimately know how and why the landscape around them got to be the way it is.

“Far from thinking we need to turn our backs on the language of complaint (it is almost never a good idea to turn our backs on something in which people are investing so much energy)…leaders should consider fostering language contexts that encourage people to stay with, honor and pursue further the transformative potential of their very complaints or disappointments.” Ibid, Kegan and Lahey