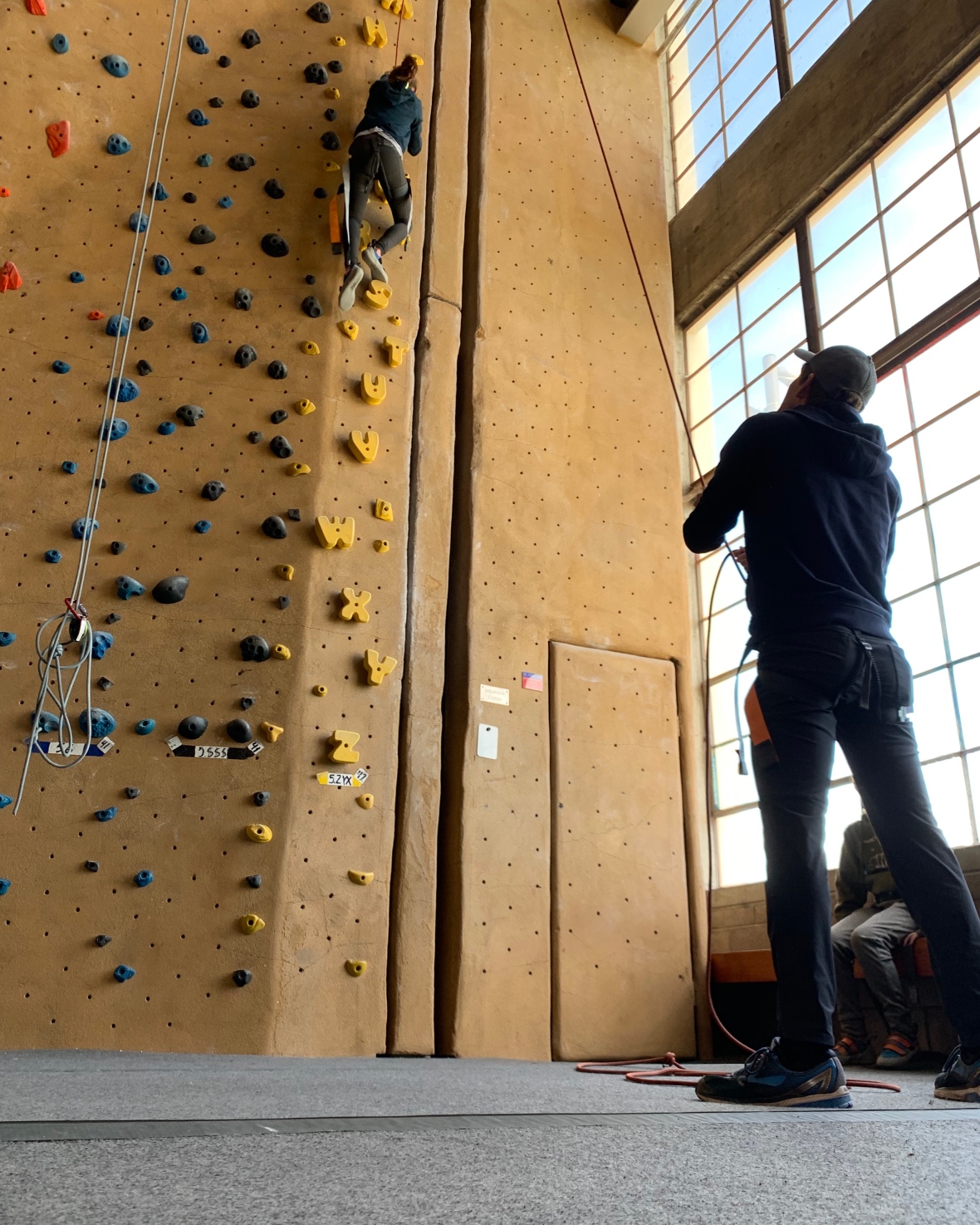 Bagdad Café is a quirky, beautiful film from the late ’80s that I haven’t seen in years (maybe decades). A seemingly stiff German tourist is stranded after a falling out with her husband at a derelict, dusty truck stop/café/motel outpost in the Mohave Desert (lunar in its bare desolation). What she finds is an equally desolate social landscape; frustrated people – in their work, in their personal lives – living in relatively joyless (and incredibly dusty) environs. The true “desert” in the film is their faded joie de vivre – an extinguished sense of possibility.

Without ruining the movie, what transpires is a slow but unmistakable transformation of this environment after Jasmin’s arrival – physical, emotional, artistic, interpersonal. At one point, one of the residents of the motel decides to leave, much to the dismay of her community. They ask her why she is moving when things are on such a precipitous upswing. Her response: “Too much harmony.” (Other details of the film have blurred for me, but never this one line of dialogue.)

I think about this line often in my work in schools. For some people, too much harmony means losing the control of their chosen isolation. In the context of an organization, it means that the social order doesn’t support hiding away in corners to do as we please. Too much harmony for some of our colleagues brings about the discomfort of exposure – the expectation to share in a collective endeavor, to live out in the open and to have a stake in (and accountability to) something bigger. But we can’t blame teachers or leaders; education’s DNA is steeped in individualism, even in its physical infrastructure (separate classrooms!).

“Every system is perfectly designed to get the results it gets.” Paul Batalden

Openness and vulnerability don’t come naturally – they take work, and they require a mutually strong commitment to each other’s personal and professional well-being. Everyone needs support – yes, even your site administrator.

Jasmin didn’t show up to the Bagdhad Café as anointed leader; the decisions she made and actions she carried out came from a deeper set of values and desires, which the people around her resonated with. Too many great educators avoid working in leadership because they don’t want to deal with adult issues, or because they “don’t like confrontation.” Perhaps part of the challenge are the words we use – is it confrontation (implication of fighting), or can we see those sometimes difficult interactions as the process of getting to agreement across multiple adult perspectives (possibly like how a family agrees on what to have for dinner)?

Despite (or because of) efforts to bring groups of people together, some will continue to focus on fault-finding – calling out what they see as being wrong with the organization, and maybe even (certain) people in it. Finding imperfections and deficits is always a guarantee: after all, humans, and the systems they create, are imperfect (that is not to say they aren’t fundamentally beautiful). Connection and celebration can make some people downright uncomfortable.

If you gather enough people around a table and set down some pie, at least one person will push back with: “I wish it was cake.” Don’t let that person stop you from baking and sharing ideas… I mean pie. pic.twitter.com/YNrsfo6UAH

Leaders could easily fall into a demoralized state – efforts to connect people and ideas don’t always take root (see this piece on how antiseptic practices took decades to take hold). “They don’t want to be happy” might be the (understandable) reflex response, which might generate an equal/opposite response from the leader to withdraw as well; the cycle of dysfunction/distance continues. Some people choose to define themselves by what or who they aren’t – just like some leaders build their resume on whom they oppose, and the ideas they actively deconstruct, versus what they envision and build with others (including those they may not particularly like).

Instead of remorse and anger, the work of the leader (Jasmin rolling up her sleeves with her cleaning supplies) is to choose curiosity and empathy. The most difficult and reclusive people, in the end, have their own unique gifts that can enrich those around them – they just need a catalyst (tempered optimist) to bridge the gap. My good friend and former colleague Katy Foster and I discussed how good ideas spread back in 2014.

When it comes to teams, trust is all about vulnerability. Team members who trust one another learn to be comfortable being open, even exposed, to one another around their failures, weaknesses, even fears. Now, if this is beginning to sound like some get naked, touchy-feely theory, rest assured that it is nothing of the sort. Vulnerability-based trust is predicated on the simple – and practical – idea that people who aren’t afraid to admit the truth about themselves are not going to engage in the kind of political behavior that wastes everyone’s time and energy, and more importantly, makes the accomplishments of results and unlikely scenario. – Patrick Lencioni

One false precept about transformation is that the agent of change simply shows up and, through some combination of magic and magnetism, creates something new. Bagdhad Café is so good, in part, (again, no spoilers) because Jasmin transforms herself in the process. All she knows upon arriving is that things must change – as much for her own life as for the defeated culture she encounters.

Optimism seems to be in shorter supply these days – but every era has its crises and uncertainties (all worse than those that came before). Conspiracy theories can be comforting; rather than see the challenges of the moment as the product of a multi-faceted web of circumstances and histories (also a decision to only see the challenges and not the very real progress made on any number of fronts), people can direct their ire at a culprit, an architect of this malady. There is much talk these days about how “we are more divided than ever” as a nation; when I hear that, my first wonder is: “For whom is division a convenient and beneficial outcome?”

Harmony isn’t a state of gauzy idyll – rainbow mist shimmering over dancing unicorns on a lush green prairie (though I wouldn’t object to that scenario). The health and integrity of all relationships, families and organizations require people committing to each other. Some folks survive in education tucked away in their burrow, pretending not to live in an interconnected ecosystem. Truly the work of the optimist isn’t to convince people that “everything is awesome” – it is to expose them to the hard truth that they are, in fact, interdependent.